A Day in the Second Life

I’m always interested in the sort of things people do with their days. I’m a bit of a reality voyeur and busybody like that. I actually had a list of things I wanted to do in SL today. But I think I only made… END_OF_DOCUMENT_TOKEN_TO_BE_REPLACED

One Billion Rising in Second Life 2018 – call for volunteers

show 162: war of the social worlds

Originally posted on the drax files radio hour:
show #162 we debate – with a illustrious panel – the state of affairs in regards to social vr supremacy. enjoy: a quick note on the worlds that were not represented like vr chat [which i…

Posted on September 30, 2017 by Mangrovejane

For Wavie…here’s your blog post. It’s the best damn AD EVER!

The Cafe Scene of Second Life

Posted on September 23, 2017 by Mangrovejane

What does a caffeine addict do when they are procrastinating? Search out coffee shops of course!

UWA to remain in Second Life for two more years

Originally posted on Inara Pey: Living in a Modem World:
UWA: Winthrop Clocktower and the Reflection Pond, with the SLeducate area on the right (which you can read about here) all now set to remain in Second Life for the next two years On…

Originally posted on The Winged Girl Blog:
Kelly Guillory of the Ashur Collective recently posted a manifesto for a novel approach to art that Kelly calls “Gridism.” Gridism is (I hope I’m not oversimplifying) taking scenes of customized and personalized things in games and virtual…

An Excursion, Exhibitions and Diversions

A post in which I do as 80s Australian Band, Boom Crash Opera says and Get out of the House. 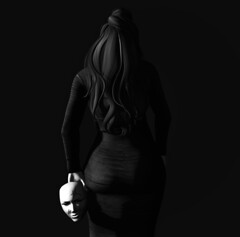